Despite rumors of their demise, books—and the book industry—are alive and kicking. And it’s our pleasure to once again bring you a list of worthwhile food and agriculture books for your holiday gift-giving pleasure. We hope you have some quiet days to explore these new additions to the cannon and we also hope that these timely and important works will help deepen your knowledge and inspire new thinking.

As always, we are also thankful to the many authors who have spoken with us about their books this year, and we’ve collected those interviews below. Happy holidays and happy reading!

Wastelands: The True Story of Farm Country on Trial
By Corban Addison 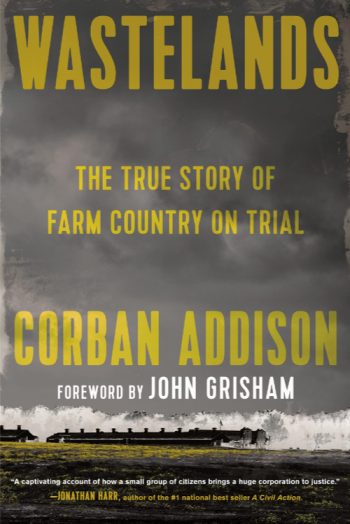 Corban Addison’s Wastelands is a story of environmental injustice and racism in rural southeast North Carolina at the hands of the consolidated swine industry. The courtroom thriller plays out with the suspense of a true crime story, with a cast of characters as well-developed as a Southern Gothic novel. While the tradition of raising hogs in southeast North Carolina dates back to early European settlement, a small group of farms began to consolidate the pork industry and corner the global market in the 1980s, ultimately emerging as the conglomerate Smithfield Foods. Wasteland follows the lives of the mostly Black families living adjacent to the confined animal feeding operations (CAFOs), who have been deeply impacted by the mishandling of hog waste, rotting carcasses, and heavy traffic from hog trucks that surrounded their homes, sometimes less than a tenth of a mile from their front porch. Addison tracks the multi-decade fight and the legal battle that roughly 500 families have been waging for the right to clean air, water, and land despite the denial, coverups, intimidation, and death threats they have experienced. Wastelands offers a heroic David vs. Goliath story that could inspires reform across agriculture’s many monopolistic systems.
—Jonnah Perkins 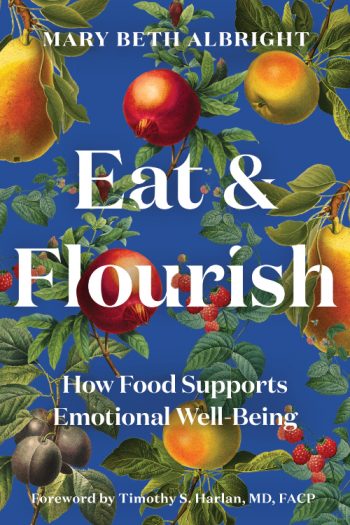 Are eggs good or bad for us? How much good cholesterol is too much? Even with all our modern knowledge about food, it can still be hard to know what to eat. And while much of the latest research has focused on food’s impacts to our physical health, how does what we eat affect our mental health? Journalist Mary Beth Albright tackles this important question in Eat and Flourish. We all know that a slice of indulgent chocolate cake can make us feel exquisite in the moment, but what else can we uncover at the intersection of mental health and eating? Quite a bit, it turns out. Beyond presenting the science in an accessible way, Albright offers evidence that common sensations such as the anger many of us feel when we’re hungry or “hangry” are, in fact, very real phenomena. She also redefines tired tropes such as “emotional eating” and ultimately finds that eating for emotional well-being is an effective motivation for undertaking the herculean effort to consistently cook meals from scratch and eat more whole foods—which for many will feel far more inspiring than simply adhering to a diet.
—Cinnamon Janzer

The Seed Detective: Uncovering the Secret Histories of Remarkable Vegetables
By Adam Alexander 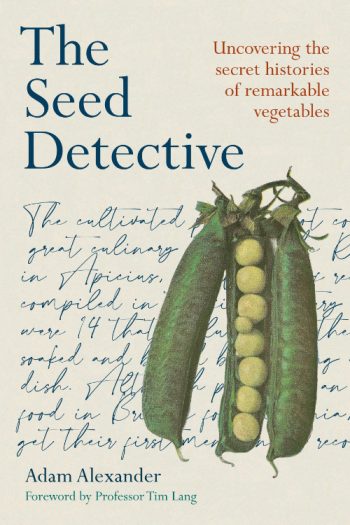 More than 30 years ago, while traveling for work, filmmaker Adam Alexander stumbled upon an unusual sweet pepper in Donetsk in eastern Ukraine. Red, multi-lobed, and “with a fiery heart,” it sparked what became a lifelong quest to uncover the secrets of heirloom seeds, which he began saving and sharing widely. Alexander became obsessed with trying to grow these unique seeds in his own garden, but he also developed a greater appreciation for our relationship with growing our own food, a relationship that has slowly deteriorated over the last century. In his book, The Seed Detective, Alexander details his efforts to learn about some of our most familiar vegetables and prevent heritage seeds from going extinct. For example, he discovers that garlic was so prized in ancient times for its ability to fortify the human body that it was given to the first Olympian athletes. Afghanistan, he also learns, was the birthplace of the world’s first carrots. While the book provides loads of these interesting backstories, it also highlights the importance of saving and growing seeds that are naturally adapted to specific environments, and looks at how they offer communities around the world a solution to repairing some of the soil damage created by commercial monocropping.
—Tilde Herrera

Recipe for Survival: What You Can Do to Live a Healthier and More Environmentally Friendly Life
By Dana Ellis Hunnes 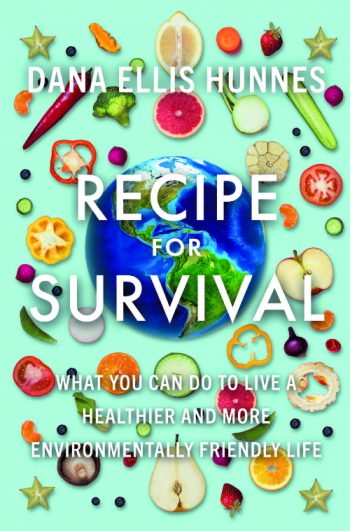 An encouraging, thorough, and quick read, Recipe for Survival spells out how and why people should adopt plant-based eating, both for their individual health and the good of the planet. The first half of the book explores industrial agriculture as a major cause of climate change, overfishing, and environmental exploitation. Part two emerges with 21 “recipes” or actions everyone can take to start chipping away at the existential threat of climate change, including composting, bulk purchasing to reduce packaging, and eating more responsibly. “By replacing animal products—such as meat and dairy—with plant-based alternatives, we can eliminate up to 70 percent of all greenhouse gas emissions from foods and reduce water use by up to 75 percent,” writes Hunnes, a dietician and assistant professor of public health at the University of California, Los Angeles. She notes that that “dietary change is significantly more effective” at reducing emissions than switching to energy-efficient light bulbs or recycling. To address the excuses one might have in adopting a plant-based diet, Hunnes loads her book with meal plans, grocery lists, and crops that easily grow in community gardens, backyards, and even balconies.
—Anne Marshall-Chalmers

Sixty Harvests Left: How to Reach a Nature-Friendly Future
By Philip Lymbery 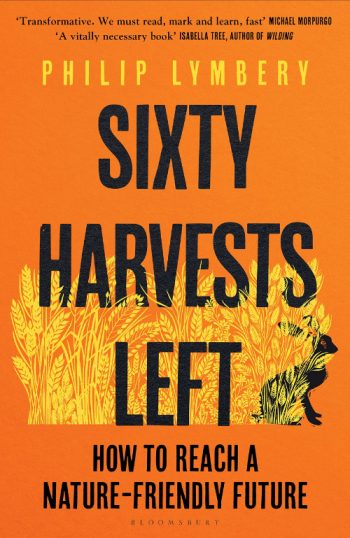 Yet another incisive clarion call from Philip Lymbery, the third in his bestselling Farmageddon trilogy, Sixty Harvests Left reveals how the intensification of the world’s farming systems—the rise of mega-farms and grain-fed feedlots, the spread of fertilizers and antibiotics, and the end of crop rotations—has exhausted the world’s soils. At this rate, Lymbery writes, the United Nations predicts only 60 harvests remain until our soils are too depleted to sustain farming. But the book is far from a doomsday prophecy. He introduces us to a wave of pioneers building the biodiverse, humane food system of tomorrow, confronting readers with the question: “Do we change the way we farm, or do we let it change us?” Each section of the book opens with Lymbery walking his own farm with his dog Duke, reflecting on the entwined future of animals, humans, and the soil that sustains us all.
—Grey Moran

Buy The Hood (Ep 40): The Business of Urban Farming with Nadia Ruffin aka @UrbanFarmSista