Meghan Markle thought being biracial could protect her from racism. She was wrong. — Andscape


For the first six years of my life, I thought my father — and more than a few people in his Black Caribbean Creole family — were white. But when I went to a predominantly white school for the first time, the kids there were different from me and my family — how they spoke, how they ate, and most importantly, how they saw the world. That was the end of me thinking that whiteness or Blackness had much of anything to do with how you look. The same can’t be said for Meghan, the Duchess of Sussex.

In the six-part Netflix docuseries Harry & Meghan — which is more akin to a highly-produced home movie due to Prince Harry and Meghan’s complete creative control — the former Meghan Markle opens up a bit more about her thoughts on her biracial identity and her experiences with racism. But what she shares hints at a deeper internalized racism and colorism that has yet to be meaningfully addressed by the Duchess of Sussex, even as she spreads awareness about the horrendous racism she endured at the hands of the British press and the British royal family.

In Harry & Meghan, Meghan claims she was not treated like a Black woman, or even a woman of color, until she and Harry got engaged. “[It’s] very different to be a minority but not be treated as a minority right off the bat. Obviously, now, people are very aware of my race because they made it such an issue when I went to the U.K. But before that, most people didn’t treat me like a ‘Black woman.’ So that talk didn’t have to happen for me,” Meghan said during the series. 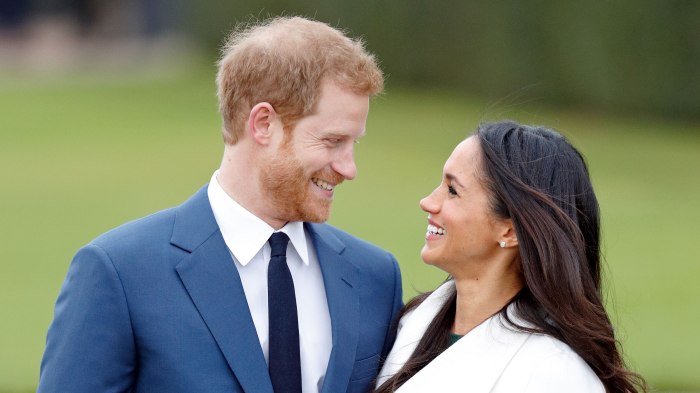 It boggles my mind to think she lived 35 years as a clearly non-white person without ever experiencing racism of any kind. And many multiracial Black people who tuned in to watch aren’t buying it either.

“It seems impossible for an even slightly visibly mixed person with known African heritage to have grown up in the 20th century, even its last quarter, and not have been treated by the wider society as Black, including being subject to racism,” said Ben Karp, who taught the history of race in the U.S. at Temple University Japan and whose mother is Black and father is white.

Stephanie Reist, a lecturer at Stanford and a scholar of race in the Americas, said she was baffled by a moment in the series when Meghan recalled witnessing someone call her mother, Doria Ragland, the N-word. While Meghan has implied it happened more than once, the actress seemed dissociated from the experience, seeing it as something that happened to her mother, and to other Black people, but not to her.

“I just couldn’t fathom disassociating myself from my family, from my mother like that,” said Reist, whose mother is Black American and whose father is white and Swiss. She speculated that Meghan seems to need racism to be “hyperpersonal” for it to mean much to her.

In one episode, Ragland also said that when she informed her daughter the British tabloids were abusing her because she was a Black woman, Meghan responded, “Mommy, I don’t want to hear that.” Seeing as the duchess also shared stories of her mother being mistaken for her nanny, Meghan knew that racism was something that happened to women who looked like her mother, but it felt unbearable to think that it was something that could happen to her, too.

Challenging Meghan’s claim that she was never treated like a Black woman or a woman of color might seem petty or like it’s invalidating her experience — a common pushback lobbed at people who question Meghan’s descriptions of how she was perceived. But it’s important to parse this issue because it helps us understand the nature of passing, especially how it happens today. Meghan presents passing for white — or the fact that “people didn’t know what I was mixed with” — as a passive act, as something that just happened to her. But while many light-skinned people have the ability to pass, passing as an act is intentional.

In the series, Meghan and her mother stress that Meghan was often mistaken for a white woman, as if this is deeply relevant information. Meghan’s then-agent Nick Collins admitted it was a while — he doesn’t remember how long — before he learned she was biracial. Almost all of Meghan’s friends featured in the documentary are white, and aside from her mother, none of Meghan’s Black family members are featured. Moreover, after her teenage years, we never see Meghan’s hair curly or in any other style that is remotely associated with Black people. In college, Meghan joined a white sorority, Kappa Kappa Gamma (it’s been in the news for multiple racist incidents in the past few years) and has mostly dated white men.

Despite being raised by a Black mother in a Black neighborhood in Los Angeles, Meghan has effectively been living a white life — surrounded by white friends, romantic partners, and people who did not know she was biracial. We view passing as the stuff shown in Imitation of Life or in Brit Bennett’s novel The Vanishing Half, where the person runs away from their former life in search of a better future. But today, passing doesn’t require convoluted lies. It can involve more subtle actions, such as downplaying one’s Blackness, immersing oneself in white worlds, and omitting mentions of one’s race until it’s unavoidable.

My grandmother, who was born with blondish hair and blue-green eyes, presents as white to many people. When I asked her if she considers that as passing, she said absolutely not. “Passing would be if I didn’t immediately correct them or if I didn’t live a Black woman’s life,” she said. “People being wrong about me isn’t me passing.”

In the docuseries, Meghan wants us to believe she was naive about racism, and that the U.K. was a brutal wake-up call. This feels only half true. The U.K. was a brutal wake-up call — not to the realities of racism, but to the fact that being biracial (and not identifying as Black) did not protect her from the intense anti-Blackness she experienced. But by her own admission, she was not unaware of the racial dynamics in the U.S. She lived through the 1992 Los Angeles uprising, saw her mother being called racial slurs, and heard stories of her grandfather’s experiences navigating sundown towns.

Meghan knew racism existed, she just felt a comfortable distance from it because of the way she looked. She felt so comfortable that she thought she could marry into the British royal family — an institution built on the corpses of colonized and enslaved Black and brown people — and be accepted. While I’m skeptical her involvement with the royal family was the first time she experienced racism or anti-Blackness, it likely was the first time she found herself unable to ignore it, or comfort herself by knowing darker-skinned people had it worse.

And while Meghan claims that “we don’t really talk about what it’s like to be biracial,” she fails to recognize that her own discussion of biracialism is alienating and even offensive to many biracial people. Her claim that both Black and white people are trying to “force her to choose between two worlds” are not serious thoughts because they pretend Blackness and whiteness are near equals in power. So, of course people will be critical of someone who clings to power. But in some ways, Karp sympathizes and understands why Meghan seems to feel this way.

“The waning of ‘the one-drop rule,’ even in the Black community, has meant that many of us who have a Black identity but are considered passable or ‘white adjacent’ preempt hurtful rejection by never claiming full belonging [with Black people],” he said. “This bubble can be a kind of safe space. It’s easier for many of us to accept a bit of self-delusion than to deal with such primal exclusion.”

But Meghan’s comments on biracialism go beyond a fear of exclusion. In 2012, she participated in an anti-racism public service announcement, and shared her experience growing up. Toward the end of the video, she added this tidbit: “Having a mixed world is what it’s all about, it makes it a lot more beautiful and more interesting.” The idea that mixedness is more beautiful is rooted in colorism and anti-Blackness (the popular phrase “mejorar la raza” or “improve the race” is one of the most well-known examples of this destructive thinking) and many biracial and multiracial Black people recoiled at the idea.

Vina Smith-Ramakrishnan, whose mother is Tamil and whose father is a Black American, said, “The ‘mixed world’ comment sat weird with me. I get the overall sense that she truly believes being fully Black or even being associated with Blackness is inherently worse than being mixed. It seems to me like an active lifestyle choice she has made to identify as biracial but just lean into whiteness.”

Meghan once said she thought the U.K. would accept her because people in the Commonwealth “looked like her.” It’s a deeply problematic statement that points to an awareness of her light-skinned privilege (and a willingness to reap those benefits), while also hinting at a lack of concern for people who do not have that ability to even think the royal family would accept them in the first place. “I am not light-skinned by South Asian or by Black standards,” Smith-Ramakrishnan said. “So a lot of the ‘privileges’ that come with being biracial for other people, I do not benefit from.” 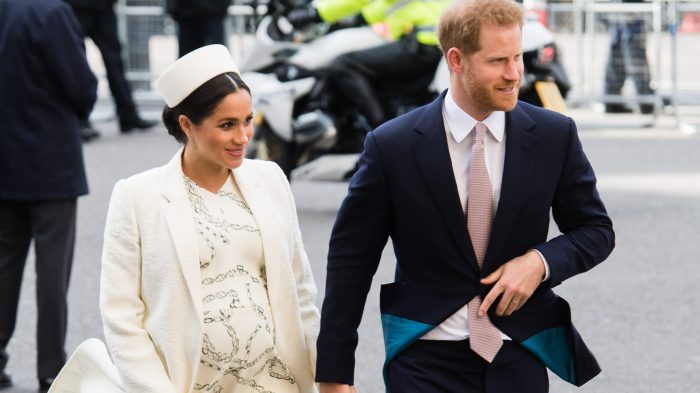 In fairness to Meghan, she wants to shed light on issues of racism. The docuseries mentions the work she and Harry are doing with the NAACP, her previous advocacy for the victims of the Grenfell fire in the U.K., and her affirmation that George Floyd and Breonna Taylor’s lives mattered. But besides speaking out against racism, Meghan must also examine the colorism she’s seemingly internalized. And she must explore how her comments wound Black people, especially when this conversation about race, Blackness, and colorism is happening globally.

“I could sympathize with what she was saying,” said Allison Dunne, who is Lebanese and Black. “However, there are much better ways to do this, and if she’s going to be taking these big jobs at the U.N. [and making Netflix documentaries] she should know how to contribute to this complicated discussion without denying her Blackness.”

At one point in Harry & Mehgan, a little dark-skinned Black girl expresses hope that Meghan and Prince Harry’s marriage will result in less racism in Britain. “I think it will make a difference slightly because some people are really racist to other people because of their color,” the girl says. “Maybe it will make them change their mind.”

Sadly, we know it hasn’t. But the Sussexes now have control over their own narrative. Still, that control doesn’t come without accountability. By bemoaning the fact that the benefits of colorism were “stolen” from her and finally experiencing the sting of racism like countless Black women before her instead of educating herself on how she’s participated in a colorist system, Meghan’s newfound revelation is fairly empty. If she truly wants to help change things, Meghan will first have to reconnect with the people she distanced herself from in the first place.

Nylah Burton is a travel, lifestyle, and entertainment writer with bylines in New York Magazine, Vogue, and Travel + Leisure.