I would not have believed this when the year started: but I was not looking forward to the final season of FX’s Atlanta. It seemed unfathomable that the brilliant, hilarious show starring Donald Glover, Zazie Beetz, Lakeith Stanfield and Brian Tyree Henry about the Blackest parts of one of America’s Blackest cities could end up on my “I’ll binge it later” list.

But that was the case after the show’s third season, which aired earlier this year, delivered an uneven, heavy-handed and unmotivated batch of episodes. The fourth season, though, ended up being the best in the show’s already impressive catalog. Which added up to a year that gave us the best of Atlanta and the worst of Atlanta. And a farewell that was well worth the ups and downs.

The third season delivered its thesis statement in its first scene: a white man and a Black man on a boat, the white man explaining the worst atrocities and hateful inclinations embedded in anti-Blackness. The rest of the season would focus on, well, white people. The first episode reimagined the real-life Hart family murder-suicides where a white family killed their adopted Black children. Another episode centered a white man in a story about reparations. And maybe the worst episode of the third season was about a Black kid trying to pass for white. 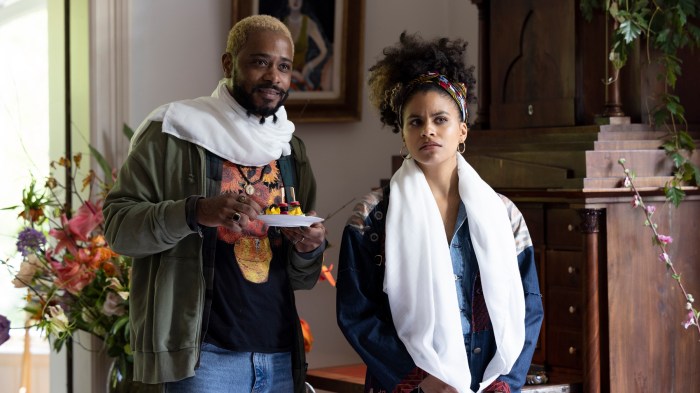 The episodes were clunky at best and showed that Glover didn’t have the range to tackle issues of race relations in a way that added anything of substance to the discourse. Most importantly, the shows weren’t really funny. Just trite.

Season Three also seemed to point to an elephant in the room: the four stars of Atlanta had all become megastars by the beginning of 2022. Maybe they weren’t as concerned with this little upstart project as they were when it premiered in 2016.

Thankfully, all of that changed when the show’s fourth and final season started in September. Atlanta got back to what made the show great: its uninhibited centering of Black Southern folks. For the most part, Season Four returned white characters to the auxiliary spaces they held in the show’s first two seasons. The show again became about what it means to be Black in a city that’s called a utopia but has real, beautiful bruises.

Season Four featured a running gag about the small world of the Atlantic Station shopping area, a rap scavenger hunt from beyond the grave, an investigation of the fictional “Crank Dat Curse,” a peek into the making of singer D’Angelo, and a bevy of insular, Black-centric topics that felt far removed from the white gaze of Season Three. Beyond that, Season Four tapped into an emotional resonance that paid off the previous seasons and moved the characters to new places.

Episode two of Season Four, The Homeliest Little Horse, finally answered the question about why Earn had to leave Princeton. It was Glover’s best acting of the season and his monologue explaining the situation was masterfully written. As someone who had a traumatic situation at a mostly-white institution where I was almost kicked out (for vastly different reasons), the episode resonated with me. I have Black peers who felt the same way. The episode played out in Earn’s therapy session — a moment rarely seen on TV where a Black male therapist and his Black male patient are working through trauma together — that delves into anger, anxiety and pettiness. The show isn’t a downer, though, as the ending is as twisted as it is hilarious. (Don’t worry, I won’t ruin it for you.)

Work Ethic is the funniest episode in the show’s history. Making fun of Tyler Perry is old hat now — The Boondocks did the same more than a decade ago — but Atlanta pushed the story to the absurd in a way that I wouldn’t even be surprised if Perry himself got a kick out of it. I mean, how could he not laugh at the thought that his scripts flow from a chaotic piano-script-maker or that he’s developed an immunity to hot grits? And like many of the other non-Season Three episodes, the writing leaves the audience to make its own conclusions about morality. But it’s undeniable that Perry works ridiculously fast and the comedy in that was enough to merit its own episode.

The season’s masterpiece — and maybe the best episode of the entire series — is a mockumentary about the making of Disney’s A Goofy Movie, which has been embraced by Black folks as the Blackest Disney film of all time. The episode exists in a world where a Black man accidentally became the CEO at Disney and infiltrated the company with a super Black movie full of subliminal nods to the way white supremacy has terrorized marginalized folks. Aptly titled The Goof Who Sat By the Door, a nod to Sam Greenlee’s 1968 novel, the episode was so well done I had multiple people check in to make sure it wasn’t real.

The most gratifying part about the ending of Atlanta is the way the show answered long-standing questions and gave gratifying conclusions to many of the characters’ arcs. Earn and Vanessa’s relationship had been one of the more complex on TV in recent years as the two navigated co-parenting and general emotional unavailability. A camping trip finally saw them come to terms with the state of their union as two people deeply in love but deeply terrified of what that love would mean. It’s probably the most complete story told about Van, a character who has sadly been emblematic of the show’s one glaring shortcoming. 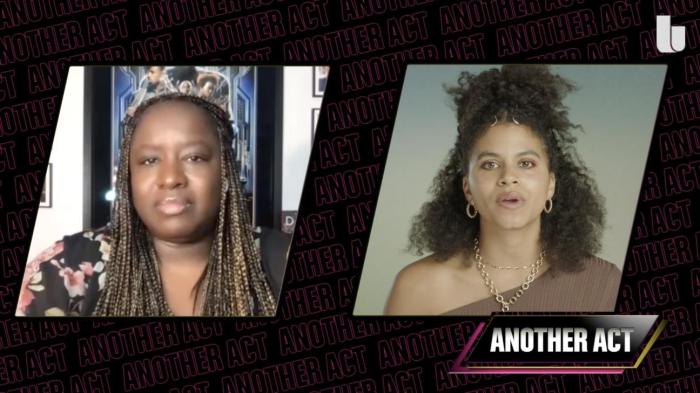 ‘Another Act’: Zazie Beetz opens up about Netflix Western ‘The Harder They Fall’ and FX’s ‘Atlanta’Read now

Atlanta never quite knew what to do with Black women. From the “Champagne Papi” episode in season two featuring a scene in which a Black woman devolves into a bitter person mad that a white woman is “taking” Black men, to the “Lightskinned-ed” episode that made the women in Earn’s family look like petty, vapid schemers, many of the Black women in the show were caricatures that never were given proper depth. “Snipe Hunt,” which provided the resolution to Earn and Van’s relationship, took strides to rectify these issues, but a full series rewatch will always reveal that glaring blemish.

Everything else in Season Four, though, was stellar. The season’s end posited the idea that every episode had been a figment of Darius’ imagination from time spent in a sensory deprivation chamber. Darius, played with a subtle brilliance by Stanfield, has become one of the more fascinating characters on TV, an absurdity wrapped in a disturbance. He’d been experiencing traumatic events in the periphery, brushing them off as if nothing happened, until we saw him coping with it all in the series finale by going to great lengths to convince himself that his entire life was being acted out in his imagination. It’s an unexpectedly relatable wrinkle to Darius’ character.

By the series end, Atlanta had given us a fully built alternative version of the city that already exists as a fantasy world in so many Black folks’ minds. On the path to the world Atlanta built, we got a deep character analysis of four of the most dynamic figures on TV. What started off the year as a Season Three disaster turned into a final season that is as good as anything that aired in all of 2022. I know a lot of people left the show after Season Three, but it would be doing Atlanta, and yourselves, a disservice not to see the vision through to the end.

David Dennis Jr. is a senior writer at Andscape and an American Mosaic Journalism Prize recipient. His book, The Movement Made Us, will be released in 2022. David is a graduate of Davidson College.